How to Start an Indian Restaurant Business?

Food is something one can't stay away with; we also love to taste a variety of food around the world. Indian foods are widely popular in and around the US and UK, Indian dishes are healthy and spicy too. Looking into current needs one can easily say this business has lots of scopes to grow.

Fact: Food, no one person can live without it. Ergo, there is a need.
Fact: In the US alone, people outnumber food establishments by no less than seven digits. Ergo, the demand is way beyond great. 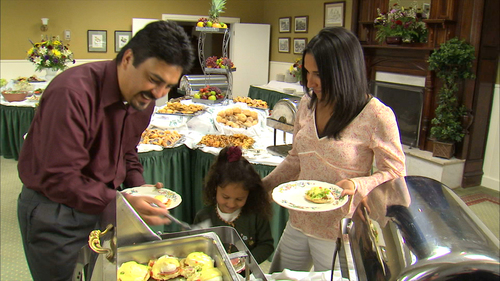 So then, if the need is basic and demand is considerable, how come quite a number of restaurants end up folding after a bad run? What went wrong? The answer to this conundrum is quite simple and can be summed up with just one word--expectation. Simply put, the successful restaurant meets the expectations of its target market while the unsuccessful restaurant does not.

How does a wannabe restaurateur avoid this pitfall then? The answer to this can again be summed up with just one word--homework. Sufficient preparation and thorough market research is a must in starting a restaurant business.

Another fact, no one restaurant has a universal appeal. It is impossible to grab hold of the full 100% of the market. Attempting such a mammoth goal will only result in failure. The market’s taste and preference are as diverse as it is wide. Realistically speaking, a restaurateur can only tap around five to ten percent of the total consumer population pie.

Undaunted? Good. That’s a big chunk as it is so there’s no cause for alarm. Now the next step is for you to think of a restaurant concept. Does nothing come to mind? Here’s a suggestion. Why not try Indian cuisine?

Indian food has been in existence for several centuries and has evolved through time to uphold the symbol of Indian culture. It is known for its intricate blending of exotic spices, veggies, and meat to create the one truly delectable dish. History and flavor, that’s pretty hard to top. It’s no wonder Indian restaurants have grown in popularity over the years.

Don't make these Common Mistakes while Starting a Restaurant